Back in 2006 as part of an independent study course, I used an inviscid CFD solver to estimate the aerodynamic performance of actual low aspect ratio wing configurations. The report (lowargeometryco2006.pdf) was written in a handbook style inspired by the classic Hoerner Lift and Drag books. 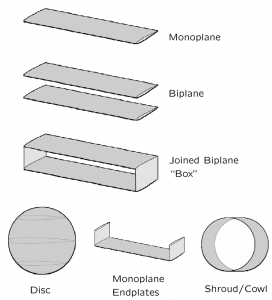 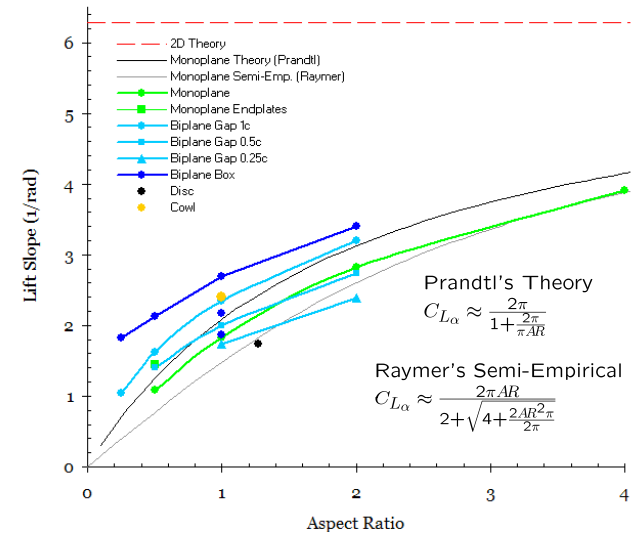 The final portion of the report provides a visual display of the pressures and flow fields near the configurations.

Wake rollup of an AR=1 wing:

Wake aft of a biplane: 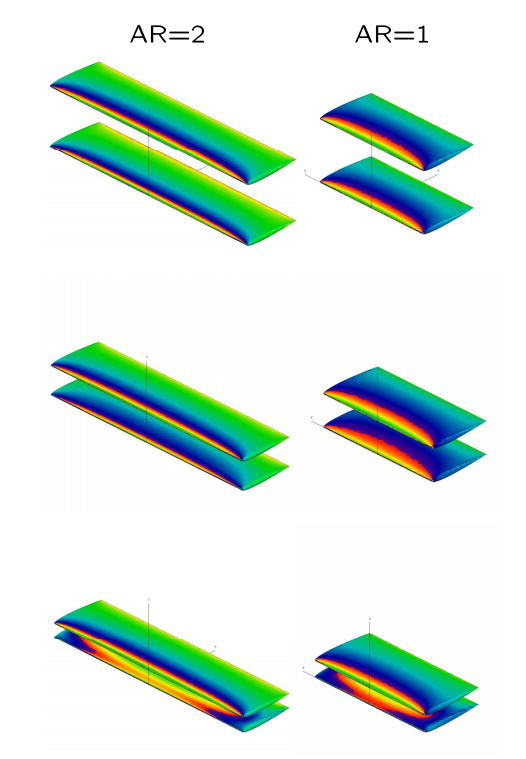 The full report from 2006 is available: LowARGeometryco2006.

The report was intended to support the OSU 2007 AIAA Design/Build/Fly teams during a competition year where the total aircraft span was severely limited: